What’s The Difference Between Single Phase And Three Phase UPS?

A three-phase (3-phase) UPS can deliver more electrical power than a single-phase (1-phase) supply because it uses the full three phases generated from the grid. Three-phase UPS tend to be used in industrial and business settings, whereas single-phase UPS systems are used for domestic appliances or equipment with lower power requirements.

Single-phase UPS have a single input and output source to the electrical equipment. With just one sinewave voltage, it only requires two wires to complete the circuit, one conductor and one neutral.

Single-phase uninterruptible power supplies typically cover requirements up to 20 kVA and are used for smaller installations such as rack-mounted servers, telecoms or computer systems, and network switches, along with any device that runs directly from a standard three-pin plug.

Three-phase UPS use three separate conductors providing three sinewaves, each out of phase and spaced 120° apart from each other, to provide continuous power to the load. This means a three-phase system needs a minimum of four wires (three conductors plus one neutral), which enables it to support a single-phase or three-phase output.

Three-phase UPS are the standard choice for larger installations with critical loads such as data centres, industrial applications, and medical environments, as well as protecting equipment with motors such as lifts, pumps, and fans.

Single-phase may also be referred to as 1 phase or 1-phase, while three-phase is known as 3 phase or 3-phase. 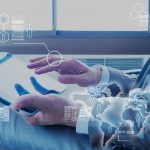 How To Choose the Right UPS System 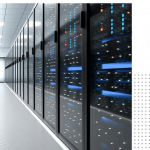